Skating Polly is an Oklahoma City band made up of step-sisters, Peyton Bighorse and Kelli Mayo. They have released three albums in a style they call Ugly Pop, building on the sounds of 70s Punk, early Grunge, as well as Folk Music. They started playing together shortly after meeting around five years ago, when Peyton and Kelli were at the ages of 14 and 9 respectively. This documentary follows them from just before their 5th anniversary, through their 19th and 15th birthdays, and on to their first international tour, opening for Babes in Toyland. 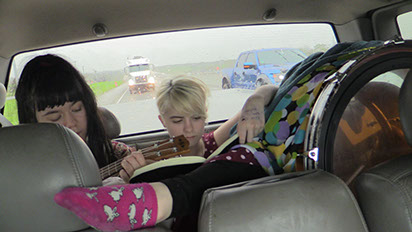